Pakistan deal with another massive blow ahead of Asia Cup 2022 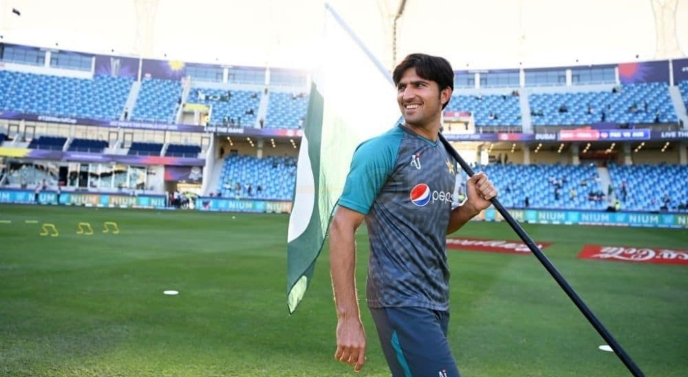 Has not been many days since Pakistan Cricket Team suffered a big blow, enforced to rule out its significant bowling asset from Asia Cup 2022, and now deals with another massive blow. The left-arm pacer Shaheen Shah Afridi was eliminated from the team’s event squad earlier this week, being replaced by Mohammad Hasnain. Afridi suffered a knee injury during last month’s test against Sri Lanka.

The recent speculations are now regarding Wasim Jnr’s exclusion, who is another pace battery from men in green’s bowling line-up. On his 21st birthday, which has been celebrated with smiles on faces in the UAE among the team members, Wasim was taken to hospital immediately, with all cheers going in vain.

He complained of back pain during bowling in the net session and has been taken for MRI scans. The medical reports are yet to arrive. Fans pray for his speedy recovery so that Pakistan are not deprived of another potent bowler. If the back pain turns into an injury, there are chances Wasim might be ruled out of Pakistan’s Asia Cup 2022 squad.

Another blow for Pakistan! 🚨

Mohammad Wasim Jnr has been sent to Hospital for MRI scan after he suffered a back pain while bowling in the nets.

Pakistan are due to begin their Asia Cup 2022 campaign against India on August 28th at Dubai International Stadium. Not having Shaheen is already considered their line-up weakness. And missing on Wasim will further hit their bowling strength.