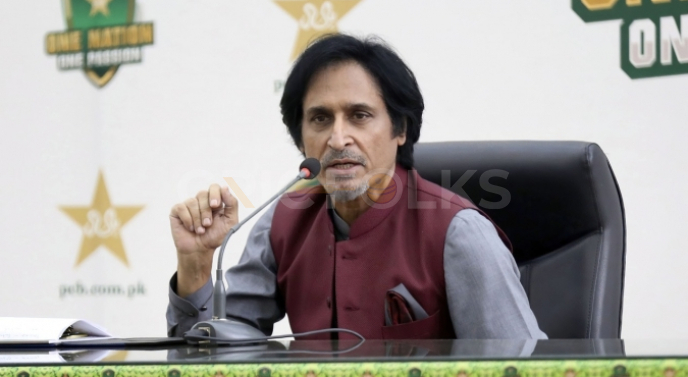 Ramiz Raja, the recently appointed chairman of the Pakistan Cricket Board, met heads of the Board of Control of Cricket in India (BCCI) and other boards, including the Asian Cricket Council (ACC) in Dubai on 15th October.

Talking to PCB digital on Monday, Ramiz opened up telling what happened in the meeting. At first, discussing the core purpose, he added that ACC has given Asia Cup 2023 hosting rights to Pakistan in September as the event will be played in the 50-over format.

Ramiz, while opening on the revival of India Pakistan Cricket, said that a lot needs to be done. He believes the ice between two boards should be melted and politics should stay away from the game to meet the lookouts’ demands.

“I met with BCCI President Sourav Ganguly and secretary Jay Shah on the sidelines of the ACC meetings. We need to create a cricketing bond, while I have also believed that politics should stay away from the sport as much as possible and this has always been our stance.

“A lot of work needs to be done to revitalize Pakistan-India cricket but there needs to be some comfort level between the two boards and then we can see how far we can go. So overall, we had a good discussion.”

Notably, the arch-rivals no more see each other in bilateral series as any such last task came back in 2012. India and Pakistan now face each other in ICC, ACC events.

The two teams are set to kick-start their ICC T20 World Cup 2021 campaign against each other on 24th October at Dubai International Cricket Stadium. Both look optimistic to win the hyped contest as Babar Azam’s back-to-back statements regarding show green shirts’ high hopes versus them. On the other hand, Virat Kohli believes Ind vs Pak is as normal as other rivalries.