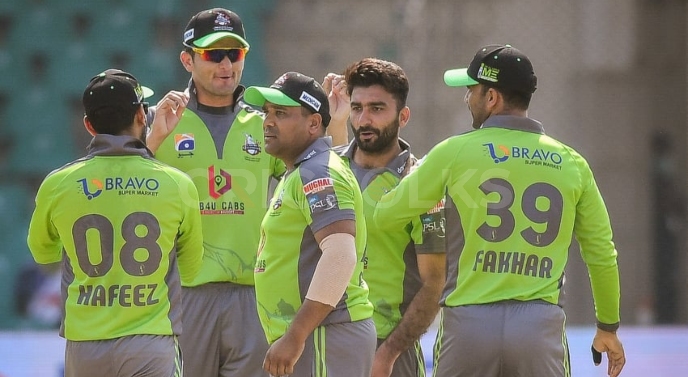 Lahore Qalandars finally have won their first-ever opening match in the history of PSL as they have beaten Peshawar Zalmi by 4 wickets.

Discussing the past five seasons, the team has never won their inaugural game of the PSL and went on to lose against KK, QG, MS, IU, MS respectively.

The credit goes to Salman Mirza who was chosen as Dilbar Hussain’s replacement. Salman grabbed two crucial wickets – Kamran Akmal and Haider Ali could have been extremely dangerous for Qalandars but the promising bowling from the replacer removed them.

Notably, he is a find of the Lahore Qalandars Player Development Program, has replaced Dilbar for the first match. Notably, the management and technical committee have approved this replacement.

The tests and the scans are to be determined and management will be updating media on Dilbar’s injury.

Zalmi’s batters departed earlier but dragged the score to 140 giving Qalandars an average target of 141 to chase on National Stadium’s pitch.

The second innings were go ing good for the men in grey-green but they started falling short of wickets until Mohammad Hafeez took charge for the win.

This victory for @lahoreqalandars is the first time ever that they have won their opening game of a PSL!#PZvLQ #PSL6 #PSL2021 pic.twitter.com/UPrN0QP4Vd